Dear All,
For the last six months,I've become a real fan of Damian Marley,I love his music and strongly recommend that you check it out whenever you get a couple of minutes to listen to some of his songs ("welcome to jamrock" ,"Pimpass' Paradise"or "There for you" are among my favourites). 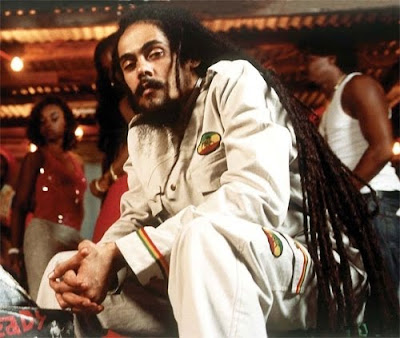 Damian was two years old when his father Bob Marley died; he is the only child born to Marley and Cindy Breakspeare, Miss World 1976. Damian's nickname Junior Gong is derived from his father's nickname of Tuff Gong. Marley has been performing since the age of 13. He shares, along with most of his family, a full-time career in music. Unlike his brothers and sisters, however, his musical specialty is "toasting", a Jamaican vocal technique that is a predecessor to rapping.Welcome to Jamrock was considered the best reggae song of the decade by the New York Times. He has 12 siblings total; 10 on his father's side and 2 on his mother's side. Damian was two years old when his father died, killed by the spread of melanoma to his lungs and brain, at 36 years of age. Marley has been in the music business since he was a child. He began performing as the vocalist for a group called The Shepherds.his music reflects both his beliefs and the Rastafari guiding principles of one love, one planet, and freedom for all nations.
at 9:27 a.m.

road in zion you have to listen dude