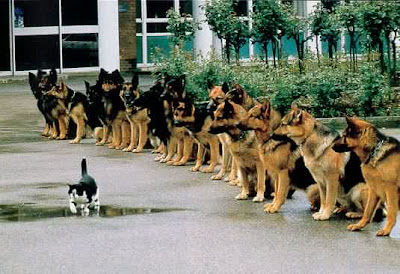 Dear all,
The Spanish league is about to end,it's just 90 minutes away.As you probably know,only two teams can win,Barcelona and Real Madrid.Barcelona has led (=ha liderado)the league all through the championship.All along,Real madrid has been doing their best to catch up with (=seguirle el ritmo a) Barcelona, they didn't want to fall behind (=quedarse rezagado).You all know how I support Atlético,who have also done a very good season (we may end up winning more titles than anyone else in Spain!!!).As a result,I couldn't care less (=no me puede importar menos) about who wins the league.
Nevertheless,one thing is for certain; Whoever (=quienquiera que) wins, they will deserve it.Both teams have fought really hard,and it takes a lot of willpower (=fuerza de voluntad) to keep on fighting when you see that you competitor wins every single match.Therefore,even if they lose,I would like to congratulate Real Madrid for their fabulous season.However,as you know,only one team can be the champions.I truly think that that team must be F.C.Barcelona.They've played a much more spectacular football than Real Madrid.It wasn't as good as last season,but still they played much better and, as a result, they deserve the championship.
at 10:50 a.m.